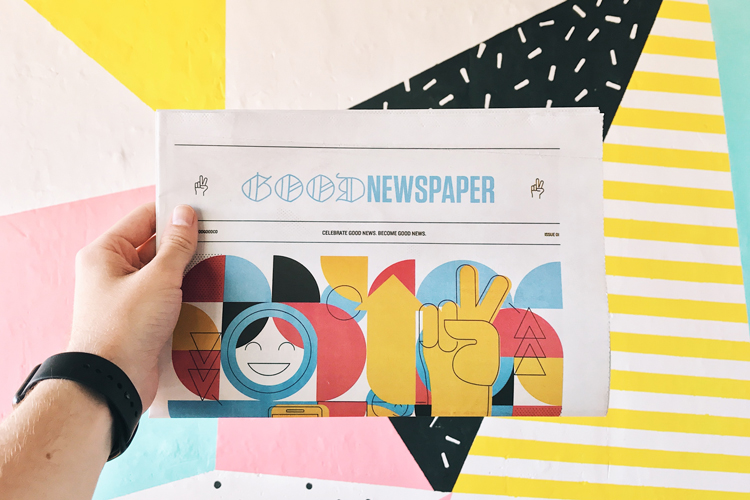 When I started my Follow My Lede project in March of 2017, my goal was to drive 10,000 miles over six months (it took me 10) and visit dozens of newsrooms while chronicling American journalism. I was interested in holding a mirror up to the media and the people who bring us the news every day.

As a reporter turned journalism instructor (and freelancer) I have quite a collection of friends at media outlets because I’m sinking into the middle-aged quicksand. I often visit them. Some of these visits are to my friends, some are former students. I wanted to formalize those visits into a project where I could bring real-world video into my online classes for non-journalists. Something has always bothered me: What people say about “the media” does not sync with what my experience has been as a journalist working in newsrooms in various states. I believe that newsrooms are as varied as Americans. My brief stops across the country back that up.

I wanted to visit news outlets big and small, traditional and cutting-edge. Since then I have shot thousands of photos, hours of video and taken plentiful notes. For me, it’s important to take a peek inside the lives of journalists and why — in such a hostile climate for the profession — they do what they do. I imagine this could apply to other professions as well. Taking this footage into my classroom has been one of the best things I’ve done for my teaching. It’s eye opening and allows students to hear lessons from pros in the field – many times while on deadline.

My first leg included stops at USA Today and Franconia, Virginia; Buzzfeed, Bleacher Report and Sports Illustrated. I also visited Columbia University and the Tow Center for Digital Journalism to delve into the history of Joseph Pulitzer (and snuck in to see the Pulitzer Prize Hall). The second leg of my road trip kicked off in late June. I had to schedule my excursions around my teaching schedule and summer journalism camps that I direct. On that leg of my trip, I visited a real-life Clark Kent at the Lewisville Texan-Journal, The Santa Fe New Mexican, and Navajo Nation and The Navajo Times. I spent some time at VidCon in Anaheim, examining how media companies both large and small use YouTube to reach consumers. I got to know the people at KPCC Southern California Public Radio and heard from a journalist who told me, as many did, that journalism is her “calling.” My eyes were opened at Street Sheet in San Francisco where I met a journalist who covers homelessness then became homeless himself.

Then, the home stretch, which I will leave you to explore on your own because, by now, you get the idea.

What have I learned from all of this? Lots (that’s a separate blog post!) but mostly that getting out from behind my desk and bringing voices from across the country into my classroom matters. It not only impacted my online, but in-person classes as well. I cannot recommend it enough as an immersive, life-changing experience.

Follow My Lede was funded by the Innovation Scholar Award Program, sponsored by the College of Continuing Studies.