There is a television show on ABC where a professor takes five students under the wing. The teacher is charismatic, unconventional and named Professor Keating. The plot quickly differs from that of the earlier Professor John Keating in Dead Poets Society, except for one thing: both of them get away with murder. Their command of the classroom kills student participation. 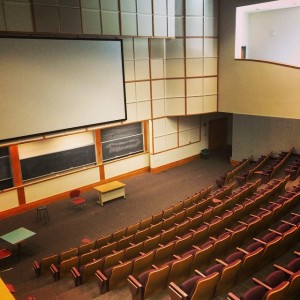 The show portrays Professor Annalise Keating teaching in a large-enrollment classroom, where she typically strides into the room exactly when the class session begins. And then, the fictional professor begins doing something familiar: she begins to murder student participation. What does she do?

Creating a classroom atmosphere of over-participation by the professor and only a few students kills engagement by the other students in the room. The show illustrates how a lack of pedagogical self-consciousness on the professor’s part leads to the same for the over-participating students, who are then expected to answer all the questions on the part of the other students in the room. Scenarios like these play out in both face-to-face and online courses.

Television shows tend to shape not only public perceptions of higher education but also how we professors slip into pedagogical somnambulism. How do we avoid parroting the commanding, charismatic paradigm? Surely this is not the alternative to the boring professor (such as Ben Stein [I stand corrected!] in Ferris Bueller’s Day Off)? Or, more to the point, how do we keep student participation alive in our classrooms?

Incentives to participate can take several forms other than grades. Lolita Paff, an economics professor at Penn State Berks, has some concrete suggestions as well as some in-depth reflections on student participation. Here are some of her suggestions:

Create a climate of participation by using strategies such as

Physician, heal thyself! Be self-conscious about your participation.

Make use of technology in the classroom and online.