by Elliot Blair, Department of Anthropology

Teaching Professor Technology Conference, and I wasn’t sure what to expect. A quick glance at the program showed that at least half of the sessions were oriented towards online classes (not something I currently teach), while the remainder were largely dedicated toward utilizing Web 2.0 interfaces (e.g., social media sites, smart phones) for active learning in the classroom. I’m no Luddite, but I’ve tried to keep cell phones out of my classroom and have generally thought of social media as a hassle and a distraction from the processes of teaching and learning. 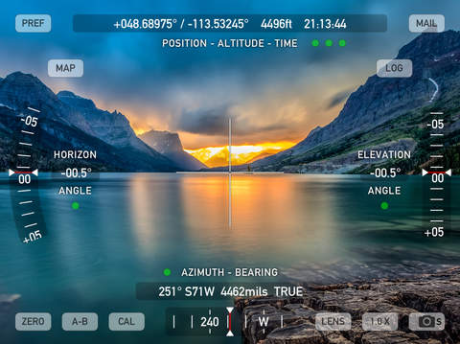 Two days after returning from the conference, I was teaching my 60-person Introduction to Archaeology class the basics of mapping and documenting an archaeological site. This was a decidedly low-tech lesson, using compasses, tape measures, and paper topographic maps to document the University of Alabama Quad as if it were an archaeological site. The low-tech nature of this lesson was due to necessity. While compasses and topo maps are always going to be a part of archaeological survey, the higher tech instrumentation that’s increasingly being used to map archaeological sites (GPS, total stations, drones) isn’t practical or affordable for use with large classes. But despite the continual need for traditional analog skills, the trend in archaeology is towards all digital data collection (e.g., Tripcevich and Wernke 2010).

While the students were mapping the quad — and trying to grasp how to set the declination on a compass, take bearings, and establish site datums — it occurred to me (while thinking about how to apply some of the interesting technological suggestions from the conference) that smartphones and specialized apps, such as Theodolite HD, would serve as good tools to bridge the low-tech techniques that have been the standard for archaeological mapping and survey for decades, and the high-tech technologies, that we use in tandem with these, which cost tens-of-thousands of dollars.

While the equipment wouldn’t be identical to what is used for most archaeological surveys, these apps can provide an introduction to the processes of digital mapping in archaeology. The next time I teach this lab I envision sending teams of students to map different “sites” on campus and then having them collaborate digitally to construct regional maps. Indeed, using such digital tools to nest the site into the region will, I believe, create a direct way to link the multiple spatial scales at which archaeologists work — a point that is only somewhat implicitly made from the low-tech paper labs I currently use.

I’m excited to try this approach the next time I teach this class.